Sam is from Germany, he is my first client.

On Hongkong Fair, April 2015,there were so many boss here, including Sam, a Germany handsome boy, from purchasing department. Customers choose a few samples in our booth, So I started preparing the effect pictures; placed the production order; follow up the progress of the samples; sent the emails to the customers and so on .

During that time, I haven’t received any reply from customers, so I checked the jet lag about Germany and then called them during the normal working time nervously.

In the beginning, I felt extremely flattered when Sam received my phone, and also thanked me for calling back after that. To make it easier to following event, I specially downloaded the Whatsapp, and added the customer into my friend list, and from time to time to share some interesting things with him. To increase the trust and favor of our company.

In this way ,we became good friends gradually.

On a Friday night in September, I received a message sent from Sam on Whatsapp, he told me that he had sent a order to my email. I couldn’t find a word to express my feeling at that time, just as a saying goes providence does not let a man who does his best down .

At last, I got the first order of my life.

A few days later, as our products sold very well, he placed the second order to me, and then the third one .

I hope we can have pleasant cooperation for a long term.

My first customer is from RFQ, Our sub-accounts have 5 RFQ opportunities each day. I have caught all the... read more

Once we got the message from our partner in Russia,the Russia goverment make a rule that all the car... read more 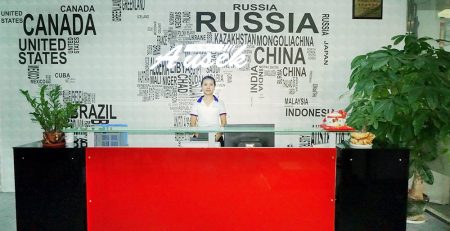 AUSEK Limited is the China unique sport action camera manufacturer,our mission is to provide the best service to our... read more

To the owners and management of "AUSEK LIMITED" My name is Ken Waggoner and I am the CEO of Audio2Wifi.com... read more