In 2013.there were only a few action camera on the market,made by companies like EKEN and SJ CAMERA,In the near future, however, the product category will be exploded. Go-Pro may have led the change, but it’s by no means the only player on the field. In order to help buyers make a little more sense of all the choices, here’s a side-by-side comparison of more prominent action cameras.

After Go-pro happened ,lots of good company start to sell the action camera in the market.what’s the most important is that the action camera solution will have big change.For example All of the models offer 1080p/30fps resolution – that’s 1,920 x 1,080 pixels per frame, shown at 30 frames per second – which will very common in market .In the part of camera can shoot 1080p/60fps now .in the setting also have played back at regular speed, or for slow motion when slowed down in editing. If you want really slow motion that doesn’t look like stop-motion animation, you’ll have to shoot at 120fps.

best beginner camera for a child 2020

Every time when you play with your children, the top priority is to take pictures of the baby’s smiling... read more

Every April & October, we attend the Asia World EXPO and HKTDC.   Welcome to visit our booth and discuss .   Our... read more

At AUSEK Limited we turn 10 and we want to celebrate with you. Now,Let me share some exciting moments... read more 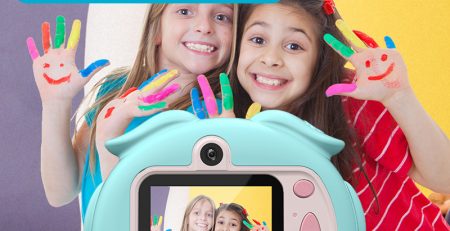 How to record these precious memories forever with your kids during vacation?

Have you stay with your children on vacation? You can go where you want to go to see the scenery and... read more

We got VS Marks-identify our strength

As well known that quality is the most important thing for a enterprise, what kind of factory can provide... read more

As for camcorders, 4K is the new second premium feature to have, and Ausek have launched the 4k action... read more

Dear Partner:   We hereby sincerely invite you and your company representatives to visit our booth at The HKTDC HongKong Electronics... read more